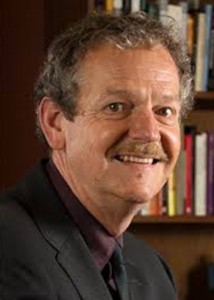 Prof. Clayton will begin the day by preaching at Gig Harbor UMC’s two morning services, which start at 9:00 and 11:00 AM. His sermon, entitled “The Radical Wesley,” will draw upon Psalm 145:8-13, 1 John 4:16-21 and Matthew 5:38-48. Prof. Clayton selected these texts as those that John Wesley turned to most often in his preaching ministry.

Clayton will return later in the day to deliver a lecture entitled, “Human Responses to Global Climate Change: The Science, The Scenarios, and the Resources of Faith.” The lecture will also take place at Gig Harbor UMC from 3:00-5:00 PM.

Philip Clayton’s research focuses on biological emergence, religion and science, process studies, and contemporary issues in ecology, religion, and ethics. He is the recipient of multiple research grants and international lectureships, as well as the author of numerous books, including The Predicament of Belief: Science, Philosophy, Faith (2011); Religion and Science: The Basics (2011); Transforming Christian Theology: For Church and Society (2009); and In Quest of Freedom: The Emergence of Spirit in the Natural World (2009). He also edited The Oxford Handbook of Religion and Science (2006).